Press enter to begin your search

Belly Up: PSHPs Struggling to Find a Fit 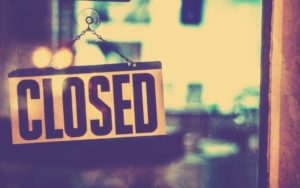 Providers and payers have pursued several parallel convergence models as they experiment to secure a foothold in the new world of value-based care (VBC).  Some are proving to be more successful than others.

Chilmark Research has been attentively researching the convergence market for well over a year now and has previously identified the emerging models (Payer-Provider Partnerships: Extending Beyond the ACO, May 2016). They fall into essentially three buckets:

Providers have been most excited about the first option, rapidly entering the insurance business to gain a greater share of premium dollars and to push aside the payers and associated administrative hassles. Providers have formed PSHPs in droves, establishing 37 new health insurance companies just since 2010 (129 since 1980) and acquiring another five existing health plans, per a new June 2017 report from the Robert Wood Johnson Foundation (RWJF), Analysis of Integrated Delivery Systems and New Provider-Sponsored Health Plans.

The market has been anxiously watching to see how they fare. Will providers achieve success in going it alone and assuming traditional payer responsibilities? Successes by long-time PSHPs such as Kaiser Permanente, Geisinger, and Health Partners, make it seem possible.

Early results are in, and the news for PSHPs is dismal. Those 33 PSHPs that began business most recently (founded 2010-2016) have collectively lost over $2.5 billion and stand with a crushing -25% median margin. Five have gone out of business. Only four were profitable in 2015.

The challenges they face are not terribly different from those faced a decade ago by PHSPs that tried and failed. New PHSPs struggle to achieve economies of scale and brand recognition in their local markets. They struggle to accurately risk adjust their fledgling populations without years of claims history and literally pay the price when contributing to ACA risk adjustment pools. Unfortunately, their lower prices are not founded on reduced utilization and costs through Population Health Management (PHM) strategies, but rather, by underpaying their providers. This is unsustainable.

Based on our prior analysis of the market and the challenges PSHPs face, further confirmed by these RWJF results, we continue to believe that the PSHP model will not gain a significant share of the market. After this initial experimental phase, we project the market will settle on options two and three above, with the majority of the market finding option three is the most viable for their particular circumstances. The continued convergence of provider and payer processes and technologies within the value delivery chain will allow for the greatest financial success for providers with the least financial investment and least risk in the short and long term. The early examples of convergence that we are uncovering in the market are the reinforcement of such.

Have you registered for Convergence 2017, happening Oct. 4-6 in Boston? This conference will highlight examples of innovations in healthcare technology, business models, and delivery systems as the lines between providers and payers continue to blur in response to the inevitable growth of value-based care. To learn more, visit chilmarkcovergence.com.